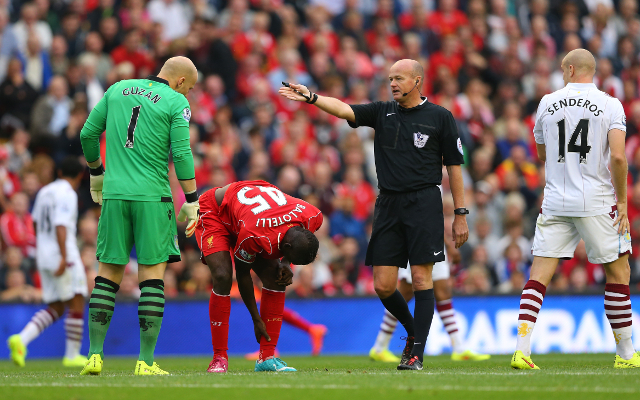 Aston Villa beat Liverpool 1-0 in the Premier League at Anfield on Saturday thanks to Gabriel Agbonlahor’s second goal of the season. Here are some very interesting facts and figures…

Villa are now unbeaten in four league trips to Anfield, having collected eight points in the process.

Paul Lambert has not yet tasted defeat at Anfield as a Premier League boss, masterminding a draw for Norwich City, plus a draw and two wins for Villa.

Match-winner Agbonlahor has played a part in four goals in his last four leagues appearances against Liverpool, scoring one and assisting three.

There were only two shots on target during the entire match on Saturday – one was Agbonlahor’s goal on nine minutes and the other was an effort from Mamadou Sakho two minutes later.

Only once last season did Liverpool register just one shot on target in a Premier League game – during their 1-0 win at Villa Park in August 2013.

Villa have only had six shots on target all season – fewer than any other Premier League team so far. However, they have managed to score four goals.

Liverpool bossed possession against Villa with 74%. Only Arsenal, who had 76% of possession during their 2-1 win over Crystal Palace, have had a bigger share of the ball in a Premier League game this season.