The best and worst Premier League debuts of all time…

Manchester United could hand Premier League debuts to as many as four of their new signings later today, when Louis van Gaal’s side face Queens Park Rangers.

Deadline day signings Radamel Falcao and Daley Blind will be hoping to impress their new employers, as will Marcos Rojo after his delayed arrival caused work permit issues, and Luke Shaw, who has thus far been hampered by an injury.

They will be hoping to surpass former United player Danny Welbeck, who was quiet on his first appearance for Arsenal on Saturday, and match the performances of several members of our top ten.

Of course, not all of those top ten had memorable debuts for the right reasons. Click though our list below and find out more: 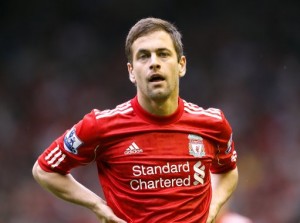 The former Chelsea man set the tone for his entire Liverpool career when, on the stroke of half-time, he saw a straight red card after a two-footed lunge on Arsenal’s Laurent Koscielny deep in the opposition’s half. As a result, he was ruled out for the next three matches and never recovered.