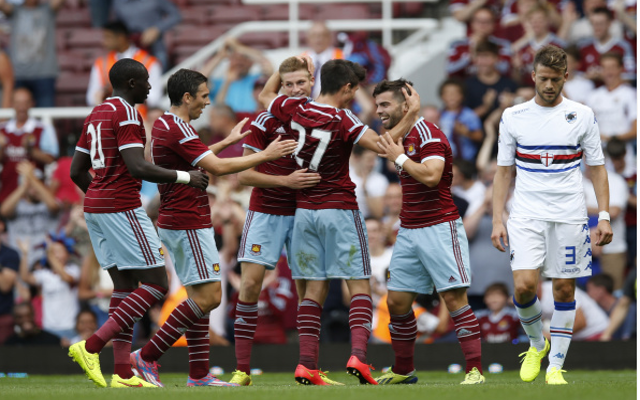 Arsenal are one of a host of sides chasing highly-rated West Ham teenager Reece Burke according to the Daily Star.

The 18 year old, who made his Hammers debut against Nottingham Forest in an FA Cup clash last season, is also being tracked by Chelsea and Man United though clearly Gunners boss Arsene Wenger’s penchant for snapping up talented starlets may put his side in the driving seat.

The tough tackling centre-back could well offer Arsenal a long term option at the back and in general terms the north London side are certainly short of defensive players, not least due to injuries sustained by Kieran Gibbs and Mathieu Debuchy, coupled with the departure of Thomas Vermaelen.

West Ham have moved to thwart interest in Burke by offering a new £4k a week deal though this may not prevent the player having his head turned by side’s in the upper reaches of the Premier League.

Arsenal boss Arsene Wenger has already seen one defensive addition more than prove himself since his summer move, former Southampton man Calum Chambers, and may look to repeat the trick.

Moves to bring in academy talents clearly seem to irk West Ham co-owner David Sullivan who stated on the matter;

“It almost makes you give up on having an academy if they can come in and nick your best 15-year-old. What’s the point?”