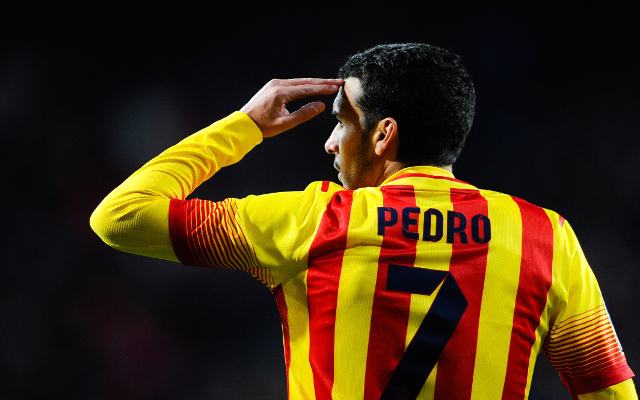 Arsenal target Pedro is ready to call time on his Barcelona career according to the Metro.

The 27 year old Spanish international may well feel like the forgotten man at the Nou Camp, often having to play second fiddle to the likes of Lionel Messi, Neymar and Andres Iniesta and the arrivals of Luis Suarez and Ivan Rakitic are sure to further limit the Tenerife born star’s first team chances.

Pedro has started two of Barcelona’s three La Liga fixtures this term and was hauled off on both occasions and may have felt he was due a more prominent role in 2014/15 given that last term he arguably had his most effective season to date.

Though Barcelona struggled under Gerardo Martino, the Catalan club failing to secure any silverware, Pedro racked up an impressive tally of 15 goals and eight assists from 28 La Liga starts in the last campaign and the departure of Alexis Sanchez and Cesc Fabregas should have aided his progress under Luis Enrique, but yet this source claims he wants out.

Even though Arsene Wenger signed Sanchez and England international Danny Welbeck he is seemingly still keen on Pedro, who is a hugely experienced performer with his peak years still in front of him.

Liverpool are also said to be keeping tabs on the Barcelona forward.