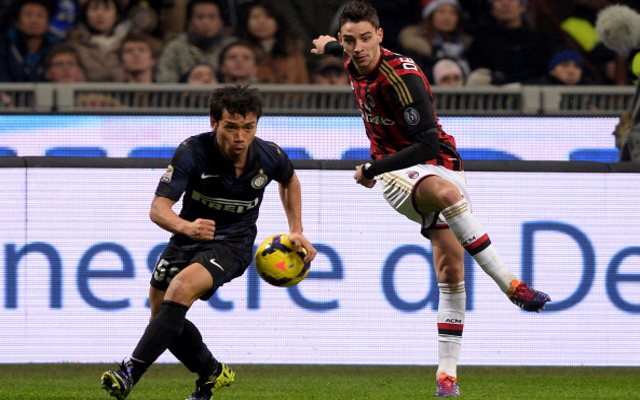 Gunners will swoop for Italian international in the new year.

Arsenal are reportedly seeking talks with AC Milan chiefs in order to strike an early deal to sign full-back Mattia De Sciglio when the transfer window re-opens in January.

The Italian international had been watched by a number of English sides over the summer, though a move for him failed to materialise, but CaughtOffside understands that Arsene Wenger is a big fan of the youngster and will look to bring him on board in the new year.

Arsenal have been hit by a defensive crisis over the past week, and now face two trips to Borussia Dortmund and Aston Villa with a shattered back line.

Mathieu Debuchy will miss the next three months, while it has been reported that both Nacho Monreal and Calum Chambers are doubts for the midweek trip to Germany.

The news has worried Wenger into action, and he will want to ensure that he is covered for future instances like this that could threaten to derail his domestic and European ambitions.

De Sciglio comes highly-rated and even starred in Italy’s World Cup campaign this summer, but Wenger will have to act fast in order to beat off some serious competition for his signature.

Predominantly a right-back, Wenger wants reinforcement in that position as he plans to move Calum Chambers into a central defensive role on a more regular basis.