The Gunners have looked suspect in defence so far this season, with the team leaking goals in all their Premier League games so far, with set pieces looking a particular problem for Wenger’s men.

The club invested heavily in attacking signings such as Alexis Sanchez and Danny Welbeck this summer, but look short of options further back after selling Thomas Vermaelen to Barcelona and losing Bacary Sagna on a free transfer to Manchester City.

Arsenal also missed out on some big-name targets such as Sami Khedira, Chris Smalling and Kostas Manolas, leaving them desperately thin in terms of squad depth in that position, with the news of a three-month injury to Mathieu Debuchy also convincing senior figures at the club that further spending is necessary.

With plenty to spend on new players, here are four big-name targets that could be on Wenger’s radar when the transfer window re-opens. 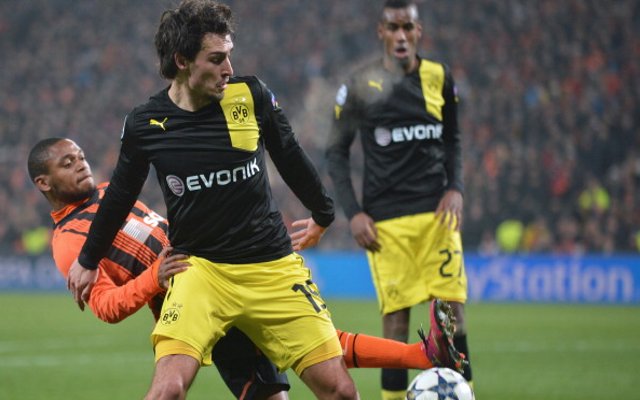 An ambitious target, Arsenal could rival Manchester United and other clubs for the signing of £20m-rated Borussia Dortmund defender Mats Hummels, who was also linked with the club during the summer. The 25-year-old would be a superb addition and really push the likes of Per Mertesacker and Laurent Koscielny for a first-team place.