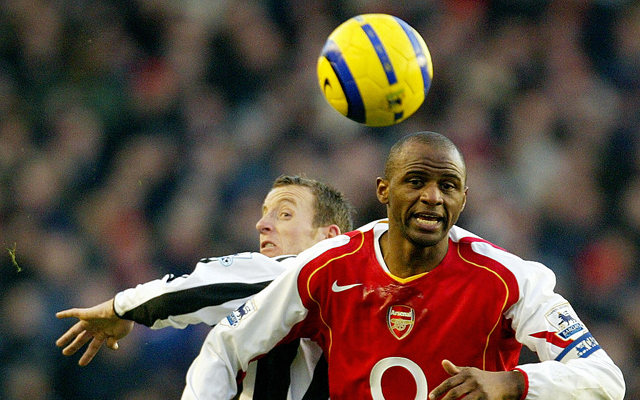 Arsenal manager Arsene Wenger has revealed he is looking to sign a player of Patrick Vieira’s ilk. The Gunners probably need strengthening in defensive midfield after failing to sign anchorman over the summer, and have yet to find a truly world-class player in this position since the Frenchman’s departure.

Gunners fans have criticised Wenger in the recent past for his failings in the transfer market, with the French manager failing to identify the key areas that need to be strengthened – although he did sign a much needed striker on transfer deadline day in Danny Welbeck.

It seems Wenger is fully aware of the team’s needs however, as he spoke to beIN sports about his search for the holding midfielder…

“I’m happy with the signings but we still need a physical presence with prodigious ability like Vieira or Petit,” he said.

Wenger is very particular about his signings, stating that he will only delve into the market if the right player comes along at the right price.

Arsenal were linked with a number of powerful midfielders during the summer, with names such as Lars Bender, Luiz Gustavo, and William Carvalho often mentioned. No deals were struck however, and Arsenal are now left with only Mathieu Flamini and Mikel Arteta to choose from in the anchorman role.