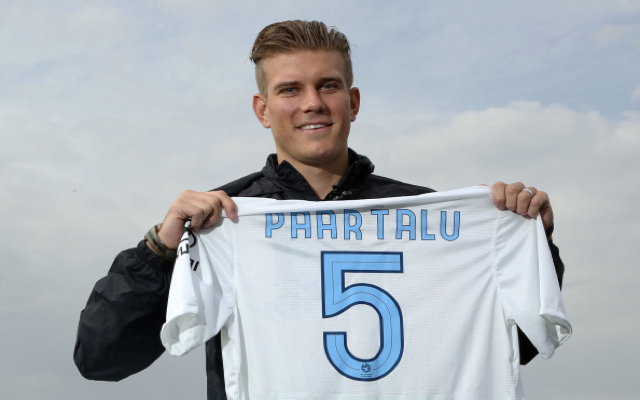 The 28-year-old has been plying his trade in Thailand and China for the past two seasons since leaving the Brisbane Roar.

“I’ve only been here 24 hours, but already I have a great feeling for the city and for the team,” Paartalu said.

“I think this club is heading in the right direction. It’s a great club and I’m sure all of the players are proud to be here – and I am no exception.

“It’s certainly a team that will go from strength to strength and I want to be a part of it, I can’t wait to get started.”

Paartalu was a crucial figure in Brisbane’s two title-winning seasons in 2010-11 and 2011-12, starting in all games across the two seasons, as well as in the Asian Champions League.

Twice capped by the Socceroos, Paartalu had also been courted by the Newcastle Jets, but instead signed for John van’t Schip’s side.

Van’t Schip said he was delighted to bring in a player of Paartalu’s calibre.

“It’s is fantastic that Erik has decided to join us. A player of his calibre coming back to Australia and joining Melbourne City FC is a very positive development for the team and for the club,” he said.

“We are well aware of what Erik can produce on the pitch. He is a really exciting player and his experience, strength and technical skills will add further quality to our squad in advance of the season.”

ANNOUNCEMENT | We are pleased to announce the signing of @ErikPaartalu for the next four seasons #WelcomeErik pic.twitter.com/ck7R6yFuZI