Manchester United newcomers Radamel Falcao and Daley Blind congratulated each other on a job well done with a night out, following Sunday’s 4-0 victory over Queens Park Rangers at Old Trafford.

Falcao and Blind were joined by Dutch duo Robin van Persie and Patrick Kluivert as they dined out at Wing’s Chinese restaurant in Manchester. Blind was joined by his famous father Danny and his girlfriend Candy-Rae Fleur while Falcao, wearing a T-shirt paying homage to martial arts movie legend Bruce Lee was all smiles as he cradled his daughter: 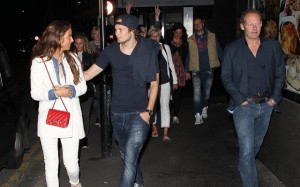 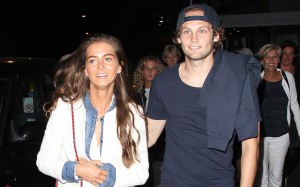 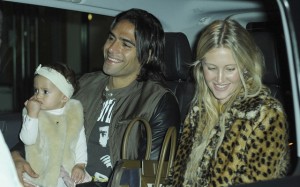 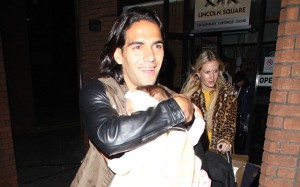 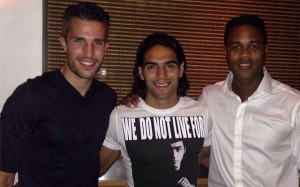