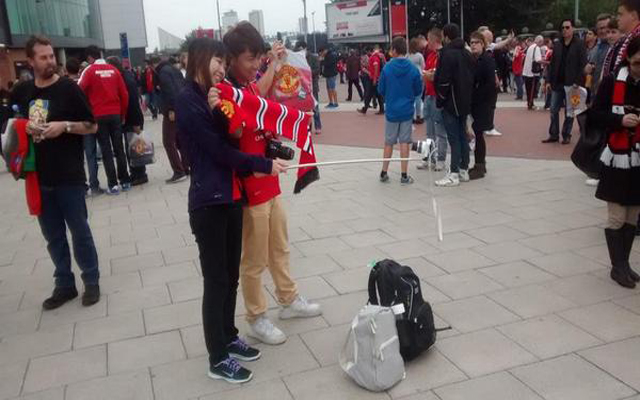 Football has been struck by a new epidemic…

The ‘selfie-stick’ craze has reached football, and it’s not been going down all that well on social media. The term essentially refers to having a camera on the end of a stick, allowing you to easily take pictures of yourself.

Check out a few examples below – at Manchester United and Chelsea:

It’s an epidemic and it will be at a football ground near you soon #selfiestick pic.twitter.com/q1duBNNV9k

As the Metro puts it, if you were planning on taking one of these sticks to your team’s next match, then you may want to check out these tweets and think again:

Oh and selfie sticks at the football…Surely they’re classed as weapons? The people using them that is!

Those selfie sticks are the absolute death of football.

@DTguardian Whatever happened to “Excuse me mate, mind taking a quick photo?”