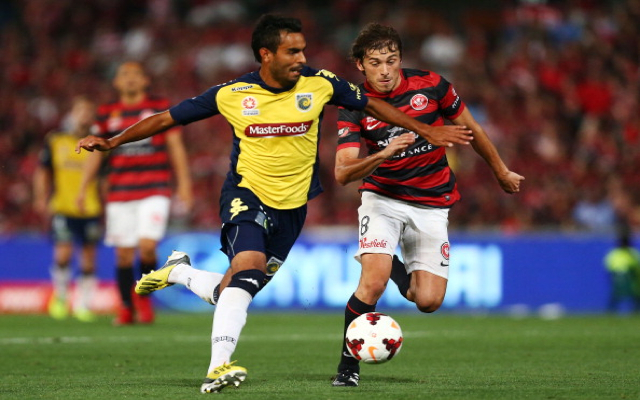 The Argentine playmaker says he can’t wait to be back on the pitch in front of his home fans at Hunter Stadium.

Newcastle Jets midfielder Marcos Flores says he can’t wait to be back on the pitch in the A-League as he returns from a long injury layoff.

The former Adelaide United, Melbourne Victory and Central Coast Mariners playmaker has been sidelined since January after undergoing a knee reconstruction.

The Argentine joined the Jets in June after the Mariners let him go, and Newcastle fans got a glimpse of what may be to come this season in a second-half cameo during his side’s pre-season win over Wellington on Saturday.

The 28-year-old admitted he was nervous and a tad rusty.

“My knee reacted really well so I’m really happy and buzzing to have played my first 20 minutes of football,” he told AAP on Monday.

“I was really nervous to be honest. It was the same feelings I felt 10 years ago when I played my first game in Argentina and I want to apologise for my few first touches.”

Flores said he would yet again play with an attacking mentality and would not be afraid to make errors.

“I’m not afraid to make mistakes and I said to Virgili and all the others who play up front, I will play forward,” he said.

“So slowly slowly we’re getting on the same page.”