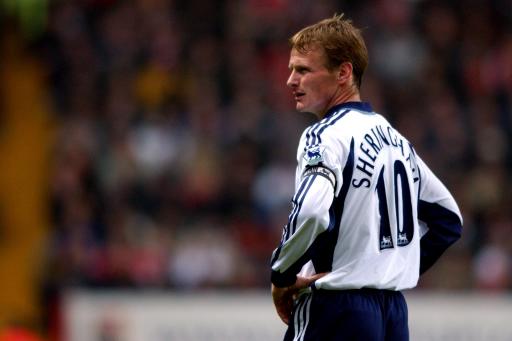 One of the greatest strikers to grace the Premier League, Teddy Sheringham was still turning out for West Ham in the top flight in his late thirties to great effect. He scored his 147 Premier League goals during spells with Nottingham Forest, Tottenham Hotspur, Manchester United, Portsmouth and the Hammers.