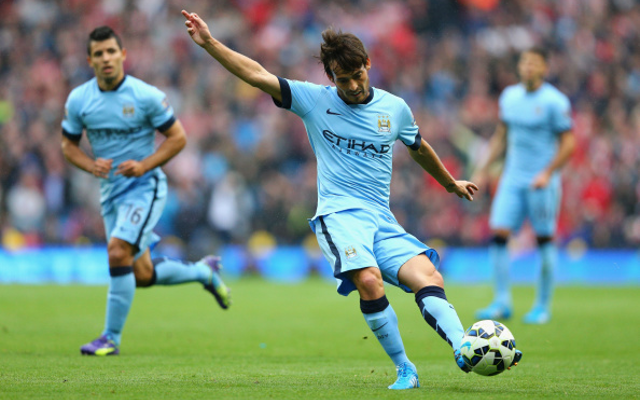 City bring out yet another kit.

Manchester City have brought out another kit, releasing a video on the club’s official Instagram account showing off their new ‘cup away kit which, we assume from the name, will be used away from home in the cup competitions this season – starting this week in the Champions League when City travel to Munich on Wednesday evening.

SEE MORE:
Arsenal Nicklas Bendtner – Flop has too many trainers
Liverpool Stadium Plans – Anfield extension given to go-ahead
Manchester United Cristiano Ronaldo – Adidas enlisted to help get the deal through

The player chosen to show off the new shirt is silky playmaker David Silva, with the shirt itself being a neat purple effort with yellow sponsoring and wording. Not bad at all, City.