How Arsenal could line up after January transfer business.Arsenal look set to make some changes to their squad this January, with talks ongoing for them to sign exciting young midfielder William Carvalho from Sporting Lisbon.

Elsewhere, the Gunners are also said to be keeping tabs on Manchester City pair James Milner and Matija Nastasic, who could join in a double raid on their Premier League title rivals.

However, some player departures could also be in store, leading to a rather different-looking XI that Arsenal could field in the second half of the season.

See below for a run-through of how Arsenal’s lineup could look when changes are made in the next transfer window: 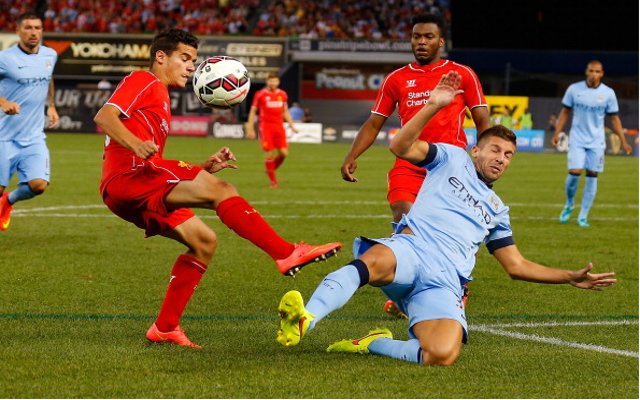 After being linked with Arsenal several times in the summer, it seems likely that recent defensive performances will persuade the Gunners to move for Manchester City defender Matija Nastasic. The Serbian international is a promising young player in need of a move to play regular first-team football, and he could make a fine alternative to Per Mertesacker in Arsene Wenger’s back four. The north London giants will also be delighted to welcome back Mathieu Debuchy and Kieran Gibbs from injury by then.