Anfield side linked with Nou Camp and Etihad Stadium swoops.

Though Liverpool spent big in the summer transfer window, making use of the £75m made from the sale of Luis Suarez to Barcelona, it appears Anfield boss Brendan Rodgers may look to strengthen in January.

The Merseyside outfit have recently been linked with two deals that could be very intelligent bits of business to consider when the transfer window re-opens. 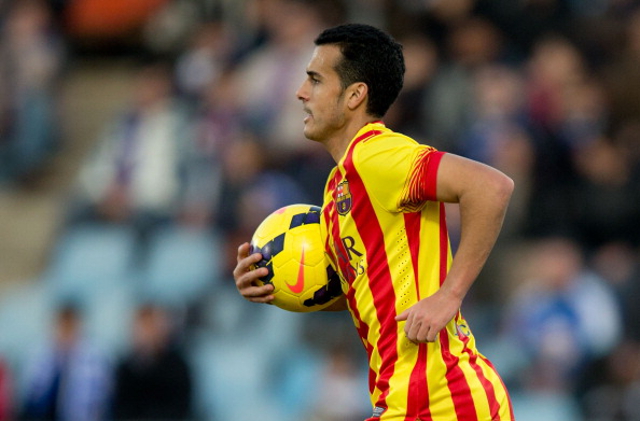 Liverpool are said to be keen on Barcelona attacker Pedro with the Metro claiming that the 27 year old is no ready to quit the Nou Camp.

Arguably the Tenerife born forward, who can play out wide or in a central striking role, has not been fully appreciated by successive managers Tito Vilanova and Gerardo Martino and life under Luis Enrique doesn’t seem to be offering much hope in that regard.

The arrival of Luis Suarez, who is eligible as of late October, could see Pedro’s role further limited and Rodgers would do well to lure the Spanish international to Liverpool.

Pedro is a hugely experienced campaigner and perhaps more importantly a player with a point to prove.