Liverpool return to the Champions League tonight after five long years away. Steven Gerrard and co will host Ludogorets and Razgrad at Anfield in the first game of the group stages.

This evening marks the end of five long years without Liverpool in the Champions League, with Brendan Rodgers’ side hosting Ludogorets Razgrad at Anfield.

The Merseyside club are the most successful English team in European history after clinching their fifth title back in 2005, so it seemed strange to see them absent for so long.

Steven Gerrard spoke about how much he missed the competition, and of his jealousy of Manchester United and Chelsea’s recent runs in Europe.

Looking back as far as the conception of the tournament in 1992, we’ve picked out five of Liverpool’s top Champions League moments. 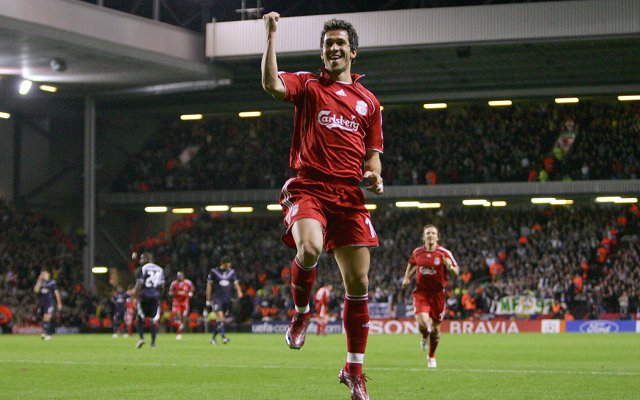 In Liveprool’s cup winning 2005 season, there were naturally a number of memorable moments. But one that stands out more than most is the ‘Ghost Goal’ that Luis Garcia scored at Anfield against Jose Mourinho’s Chelsea.

William Gallas appeared to clear Garcia’s shot off the line, but referee Michel Lobos gave the goal and Liverpool booked their place in that oh so memorable final with a 1-0 win.