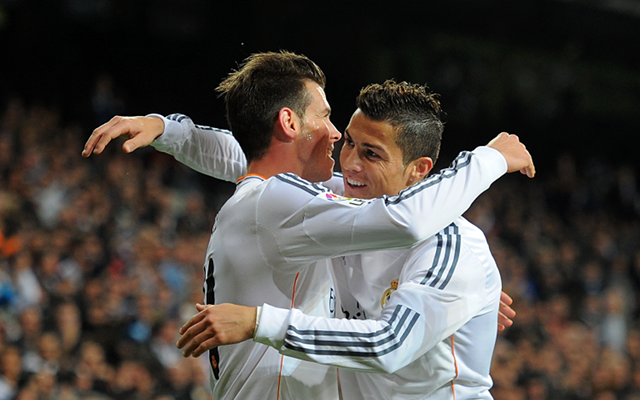 Gareth Bale and Cristiano Ronaldo added goals two and three for Real Madrid as they took complete control of their opening Champions League match with Basel.

Luka Modric set up Bale for a brilliant goal as the former Tottenham stars linked-up to excellent effect:

And not to be outdone, world player of the year Cristiano Ronaldo scored Madrid’s third with a simple tap in:

The world’s two most expensive players are crucial to Real Madrid. But with Ronaldo approaching 30 and being linked with a move back to the Premier League, is it the Welshman who is now most crucial to the Spanish giants?