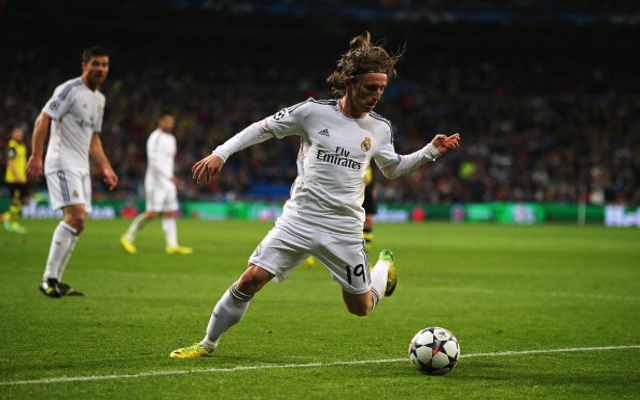 Real Madrid took the lead through this Basel own goal…

Real Madrid took the lead against Basel via a fortunate own goal, putting them 1-0 up in their Champions League group stage match.

Watch as after a neat one-two, Luka Modric’s shot is deflected past the goalkeeper by the unlucky Marek Suchy.

The goal will come as a huge relief to Madrid manager Carlo Ancelotti. The pressure has been growing on the manager of the European champions following back to back La Liga matches. It seems harsh on the Italian, who enjoyed great success with the club last year.

Do Madrid put to much pressure on their managers?