Take on the CaughtOffside challenge and choose your best possible Champions League XI for the 2014-15 season. But remember, you can only use one player from each team. 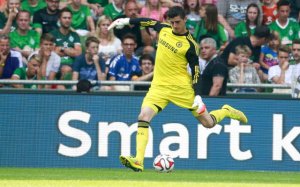 Makes his Champions League debut with Chelsea this season, after leading Atletico Madrid to the final last year.