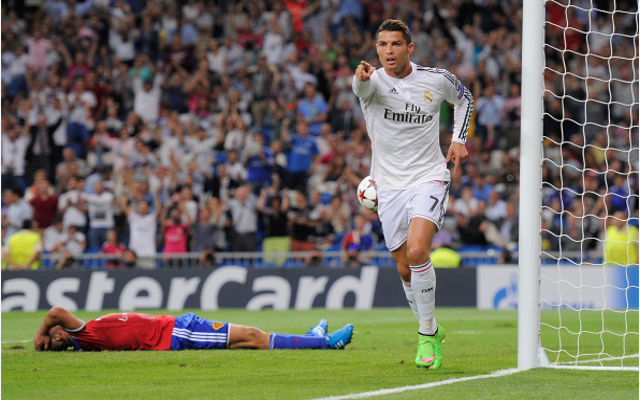 The Metro claims that the 29 year old is ready to consider a move back to his former Premier League stamping ground but only if he is rewarded with a mouthwatering, and world-record breaking, wage offer.

The Portuguese international will demand £500k a week and to put that into some sort of context Chelsea are set to reward Belgian star Eden Hazard with a deal that would make him the best paid player at Stamford Bridge. That deal would net the 23 year old £200k, paltry in comparison to Ronaldo’s salary expectations.

Spanish football expert Guillem Balague claims ‘everything is in place’ in terms of a move back to Man United, though it’s unclear as to how much such a move would cost the club.

Real Madrid paid a then world-record £80m fee to sign Ronaldo in 2009 and it’s fair to say that he has proven a phenomenal purchase.

Cristiano Ronaldo netted his 257 goal for the Spanish giants on Tuesday night as they waltzed past FC Basel in their Champions League opener, an astonishing goal tally to show from his 252 appearances for the club.