Judging by last season’s results, and the beginning of the 2014/15 campaign, Liverpool perform better when fielding a midfield diamond with two forwards up top.

In their past two fixtures against Aston Villa and Ludogorets, the 4-3-3 hasn’t worked, and Brendan Rodgers has in fact reverted to the diamond in the second half, despite not currently having great striker options because of Daniel Sturridge’s injury…

This means that once  Sturridge returns to fitness, he is surely expected to form a dynamic partnership with Mario Balotelli up front, but in Rickie Lambert and Fabio Borini – the Reds have poor backup and rotation options.

Borini has a poor touch, and although he works hard, he isn’t especially quick, while Lambert’s technical ability doesn’t make up for his immobility.

The Reds need quick strikers who offer an option behind the defence, and should target one of these five in the January transfer window as backup options for Balotelli and Sturridge.

The forward is young, quick and hungry – and bagged 15 goals in Ligue 1 last term. He can work the channels, and is happy to drift wide and take players on. 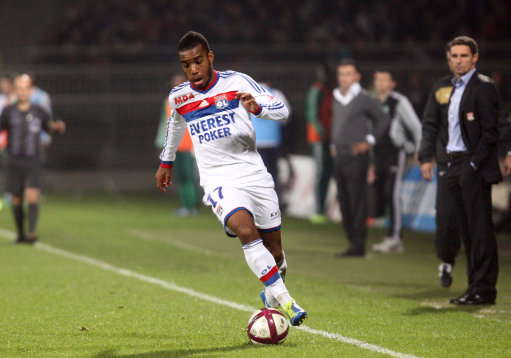