James Rodriguez might have been his team’s hero at the World Cup, but he’s quickly learning that he’s far from the main man at Real Madrid, despite the Spanish giants paying £63m for him this summer.

Fears are already growing among the Madrid hierarchy that the Colombian become an expensive mistake if he does not quickly settle to life with the European Champions.

Below, CaughtOffside counts down the top ten players who didn’t quite work out after their big-money moves. Could the likes of Rodriguez, Luis Suarez, Angel di Maria or David Luiz be joining this list in the future? 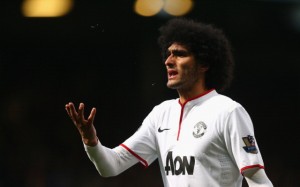 A lack of games, no goals, played out of position and looked hopelessly out of his depth. Surely he can’t change that under Louis van Gaal?