Last night, Cristiano Ronaldo moved to within three of the all-time leading Champions League goalscorer: Madrid icon Raul. He also moved above Lionel Messi into second place, with the Barcelona man currently on 67, four behind the leader.

In the pages below, CaughtOffside counts down the top ten goalscorers ever in Champions League and European Cup football. Only three of the players on the list are active in the competition this year.

PSG forward Zlatan Ibrahimovic will move into the top ten if he finds the net in this years tournament – he currently has 41 goals from 103 games, including strikes for Ajax, Juventus, Inter Milan, Barcelona and AC Milan, as well as his current side. 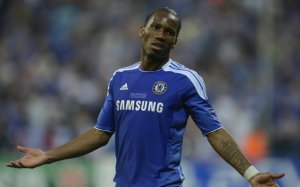 The hero of many famous Chelsea night, including their maiden Champions League win in 2012, he has also scored for Galatasaray and Marseille in the competition.