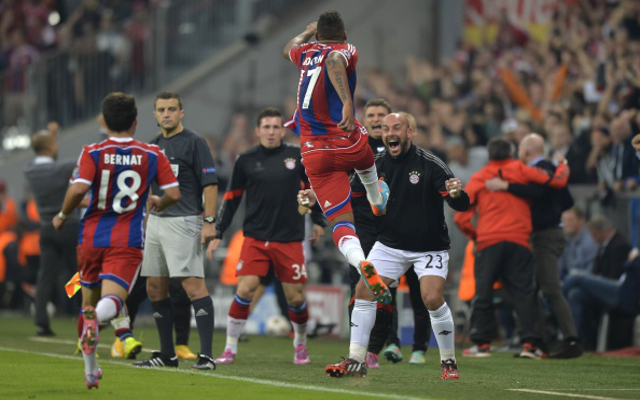 Allianz Arena side leave it late to defeat traveling Premier League side.

Manuel Pellegrini’s side traveled to the Allianz Arena with a game plan, a more defensive approach and the hope of returning to the Etihad Stadium with a point or three.

Bayern Munich pummeled Joe Hart’s goal from the first minute until the last and despite the England international custodian’s best efforts the Premier League title holders fell to a late winner.

Hart made superb saves from Thomas Muller, Mario Gotze and Jerome Boateng but it was the former Man City defender who did eventually find the back of the net with a real beauty.

With the match set to reach injury time Boateng