The abuse continues to rain down on Real Madrid goalkeeper Iker Casillas. Last night, the Spaniard was constantly jeered by the Santiago Bernabeu crowd, following a difficult start to the season.

The European Champions have lost two of their first three league games this season, and while the pressure was eased on manager Carlo Ancelotti and his team by a comfortable 5-1 Champions League victory over Basel, the club’s captain is still feeling the strain.

Of course, it’s not the first time a teams fans have turned on one of their own, as this top ten will adhere too: 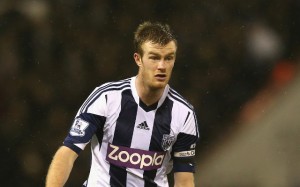 England goalkeeper Ben Foster has been forced to speak out regarding ‘pathetic’ booing of West Brom’s club captain. The Northern Ireland international was jeered as he left the pitch to be replaced by Sebastian Blanco during the 2-0 defeat to Everton last weekend, despite playing for the club since 2007.