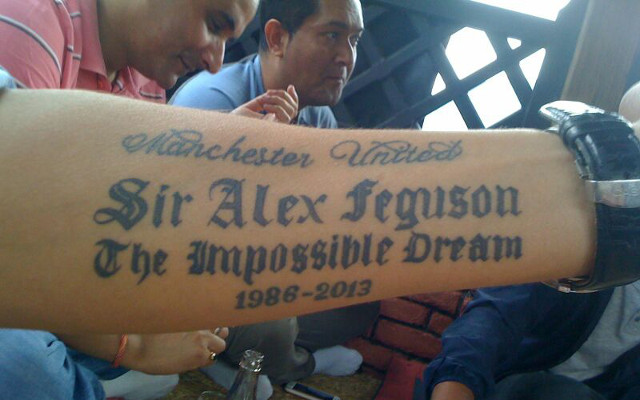 A Manchester United fan faces the prospect of living the rest of his life with a huge spelling mistake on his left arm.

The Red Devils supporter had planned to dedicate his limb to club legend Sir Alex Ferguson, but instead he paid homage to a Mr Feguson.

‘It can be good to have those exchanges’ – Man United’s players erupted at half-time v Tottenham October 9, 2020 11:39
Manchester United FC