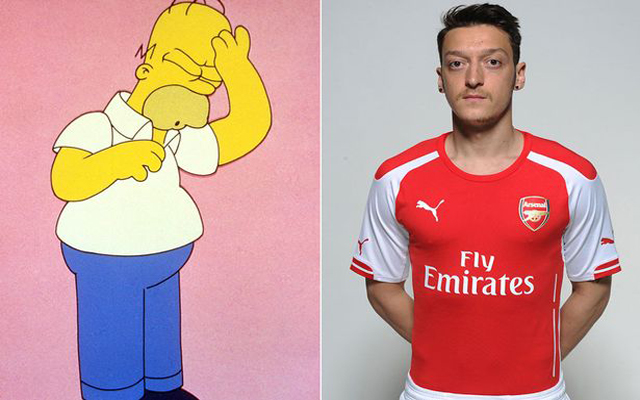 Arsenal midfielder Mesut Ozil is not on the best run of form right now.

The German international received widespread criticism for his performance in Tuesday’s 2-0 defeat to Borussia Dortmund.

On Thursday morning, he uploaded a photograph of himself with Canadian rapper Drake.

The comments on the below picture were far from complimentary.

“Try harder, no one cares”, was the first comment, while the second read: “Time to show a bit of interest, ur a superior player to most number 10’s, but I’m sick of looking like a dickhead defending your selection in the starting 11, u should b making this league look like some child’s play, onwards and upwards, u are so much better than this.”

Other comments included “Pick up ur game u fukn idiot”, “I miss the old u !” and “No wonder your shit now”.