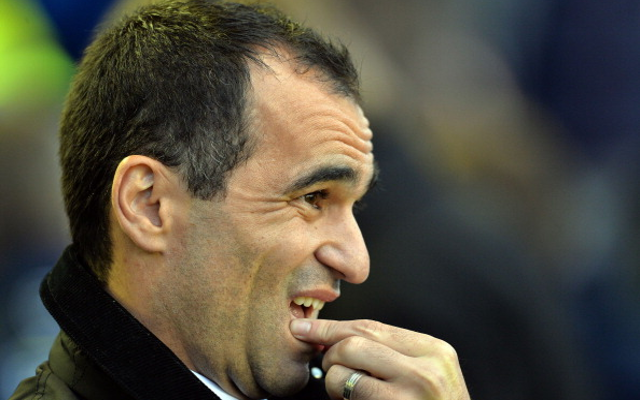 Toffees thrash Wolfsburg to get their return to continental competition off with a bang.

Everton manager Roberto Martinez opted to field a very strong team for this evening’s Europa League clash against Vfl Wolfsburg at Goodison Park, and the Spaniard was proven correct as his side ran away with things against an insipid Bundesliga outfit.

The home side started strongly, putting pressure on Wolfsburg from the outset, a strategy which paid dividends when they took an early lead through Steven Naismith. Left back Leighton Baines, who was superb all evening, raided down the left and squared for Naismith to smuggle the ball home, although it would eventually be put down as an unfortunate own goal by Ricardo Rodriguez.

Everton continued their early rampage, with their particularly attacking full backs really coming to the fore as both Leighton Baines and Seamus Coleman caused real trouble for the visitors. As it transpired, the two would combine for the second goal, with a poor piece of goalkeeping by Diego Benaglio presented the ball for Baines to cross for Coleman to nod in at the far post. Things didn’t let up for Wolfsburg after half time, however, as the Toffees extended their lead just after the break. Winger Aiden McGeady was fouled in the box, allowing Baines to step up to add to his two assists with a deserved goal of his own.

The game changed somewhat after this, with Wolfsburg beginning to put real pressure on Everton and, in particular, Tim Howard. The American was in inspired form to repel whatever Wolfsburg had to throw at him, with young midfielder Maximilian Arnold in particular thwarted on numerous occasions. Everton’s persistence paid dividends, with Kevin Mirallas adding a fourth when he latched on to a through ball from substitute Samuel Eto’o and swept home.

Wolfsburg’s second half endeavors deserved a goal, however, and they got their rewards with the final kick of the game. Everton had tread a fine line with silly free kicks around the edge of the box all evening and were finally punished by Rodriguez, who stepped up and curled home a wonderful free kick to give the Germans something to smile about after a torrid evening.