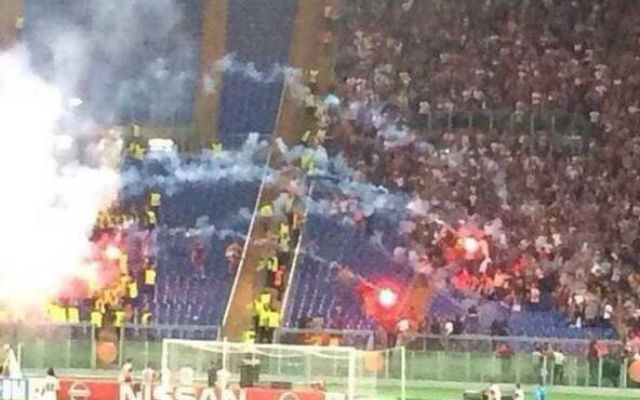 There were wild scenes at the Stadio Olympico on Wednesday evening as Roma defeated Russian giants CSKA Moscow 5-1, but the bulk of the action came not on the pitch, but on the stands.

Gervinho inspired Roma to a 5-1 win over CSKA Moscow on the Italians return to the Champions League group stage.

But the stands erupted as CSKA fans vented their anger on their Italian counterparts, and the two sets of supporters rained flares upon each other as the situation threatened to get out of hand.