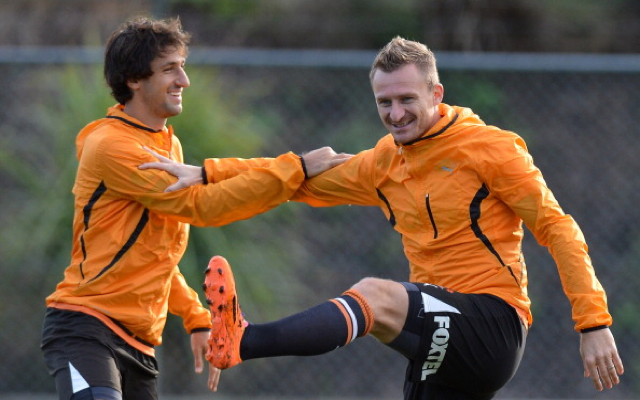 Brisbane Roar star Thomas Broich has admitted Besart Berisha’s absence during the club’s pre-season has been noticed, saying it was “sad” that he had left the club he won two A-League titles with.

Berisha headed south to A-League giants Melbourne Victory earlier in the year as the club’s international marquee on a lucrative two-year deal.

Broich’s partnership with the Albanian was key in the Roar’s two championship wins in the past three seasons, and said although it was said the striker had left, there was no point dwelling on the past.

“You have to move on quickly in football,” Broich said.

“As sad as we are there’s no point reminding yourself every day about what you’re missing.

“We’ve got great players in our squad that can play that role and that’s what we should be focusing on.”