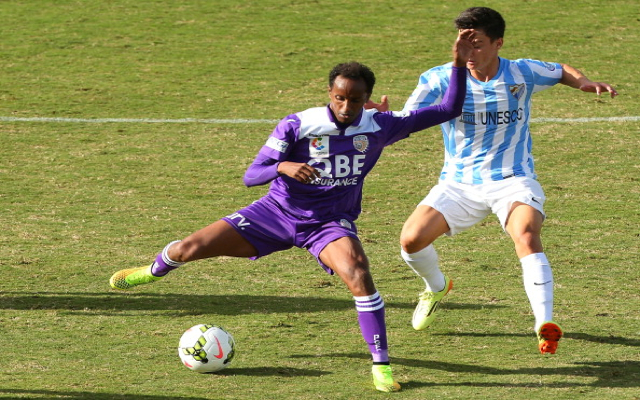 Perth Glory winger Youssouf Hersi says the performances of the Socceroos at the 2014 FIFA World Cup won Australian football many admirers and now many more Dutch footballers are interested are playing in the A-League.

The 32-year-old was back in his native Netherlands during the World Cup and said people were surprised at the football Australia were playing after Ange Postecoglou’s side dominated the Dutch for long periods of their 3-2 loss.

Hersi told the A-League website that the Socceroos’ performances have spiked interest in Australia’s domestic league.

‘Everybody was surprised because they’d (the Socceroos) had lost against Brazil and France in big defeats last year so they thought they’d win this,” Hersi explained to a-league.com.au.

“Then Tim Cahill scored an unbelievable goal and they played well. After the game they had a lot of respect.

“A lot of people started Googling the A-League asking: ‘What’s going on there?’

“And a lot of managers they’d be asking me: ‘How is it there and how’s the level?’

Hersi, who arrived in the A-League with the Western Sydney Wanderers in 2012, has joined Perth Glory for the upcoming season.