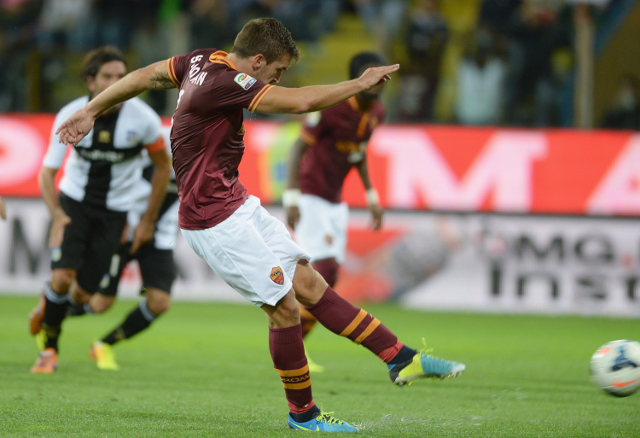 Boost for United as Gunners miss out on midfielder.Arsenal target Adrien Rabiot looks set to complete a move to AS Roma from Paris Saint-Germain this January, paving way for Manchester United to sign either Kevin Strootman or Miralem Pjanic.

The Red Devils have recently been linked with both Roma players, who are among the finest creative midfield players in Serie A at the moment, and high on Louis van Gaal’s January shopping list.

It remains to be seen which player will end up making the move to Old Trafford, but Strootman is thought to be van Gaal’s first choice after impressing him in his time with the Dutch national team.

Pjanic could also be a useful addition to the squad at United, with the Red Devils still somewhat short of quality in the middle of the park despite recent big-money signings of Juan Mata, Ander Herrera and Angel Di Maria.

This will come as a blow for Arsenal, however, as the Gunners have long been tracking the signing of Rabiot from PSG, with the 19-year-old establishing himself as one of the most promising young talents in French football.

Still, Arsene Wenger failed in his efforts to bring Rabiot to north London in the summer, with talks progressing well between himself and Roma leading to suggestions that a January switch now looks likely.

Juventus and AC Milan had also been tracking Rabiot, though Arsenal will now likely switch their attention to the signing of Sporting Lisbon midfielder William Carvalho to solve their problems in that position.