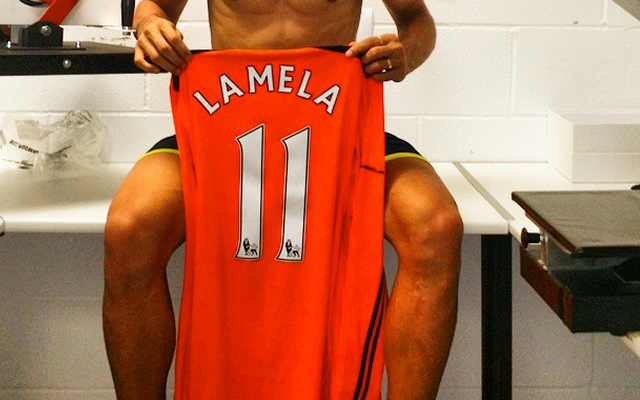 Erik Lamela gets a trim ahead of tomorrow’s clash against West Bromwich Albion.

Tottenham Hotspur winger Erik Lamela has looked like a player reborn at the start of this season, apart from perhaps during their insipid midweek draw with Partizan Belgrade, and the Argentine now has a snazzy new haircut to show off during tomorrow’s clash with West Bromwich Albion – although he should probably replace that LA Lakers outfit with a Spurs shirt!