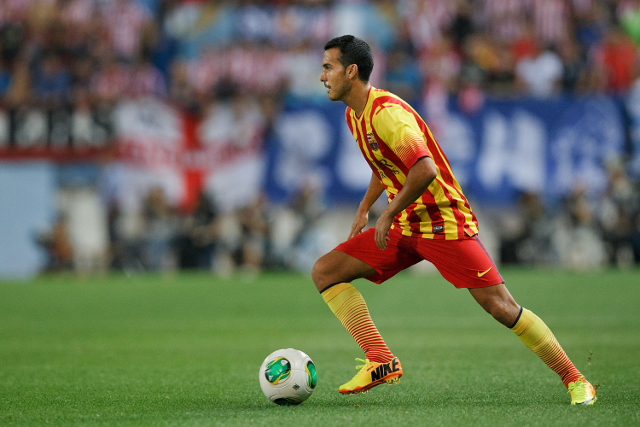 Barca set asking price for Premier League target.Barcelona are ready to accept offers in the region of £33m for the transfer of Spanish winger Pedro Rodriguez, who is a rumoured target for both Liverpool and Arsenal.

The 27-year-old is known to be unhappy with his current role in the Barca squad, having fallen out of favour and become a ‘super-sub’ under new manager Luis Enrique.

With the likes of Lionel Messi, Neymar, and youngster Munir El Haddadi currently ahead of Pedro in the pecking order, and with £75m summer signing Luis Suarez still to return from suspension, it is no surprise to see the wide-man considering his future.

Pedro has contributed greatly to Barcelona’s recent success, having shone when brought into the club’s first-team by Pep Guardiola back in 2009, and he could make a top signing for most top European clubs, with Juventus also monitoring his situation.

Still, Liverpool and Arsenal will now have to decide whether or not to match the Catalan giants’ valuation of the player, with £33m looking a decent price for such a seasoned goalscorer and proven winner at the top level.

However, both clubs have already spent heavily on attacking players in the summer, and it is not certain that Pedro would necessarily become an automatic first choice for either side at this stage.