Liverpool line up to take on West Ham in the Premier League on Saturday.

Liverpool’s shock defeat to Aston Villa last weekend acted as a wake up call for the side, who will need to be on guard again to make sure that there are no more little surprises in store for him. A midweek clash with Bulgarian minnows Ludogorets suggested that they are still yet to get out of second gear, but now is a perfect time to correct the errant form and this is how we believe they will line up to take on the Hammers.

Still undisputed number one, but will be until competition arrives. 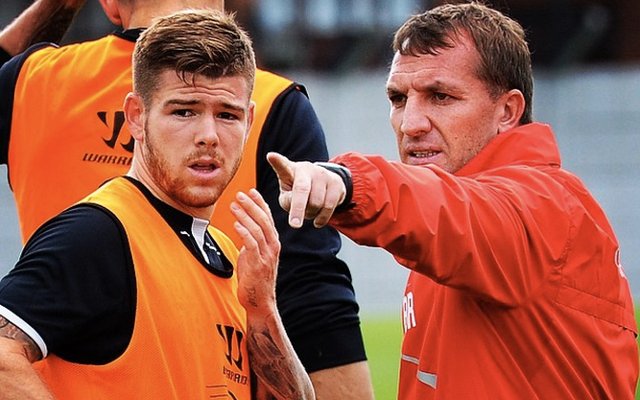 The Spaniard has made a good start to life at Anfield and will get the chance to continue by putting in another strong performance.

The Croatian keeps his spot in the side despite two shaky performances in one week.

Will probably have to keep a closer eye on his defensive partner, Lovren.

The youngster has been somewhat of an unsung hero so far, and will be tasked with keeping Reds flop Stuart Downing quiet.