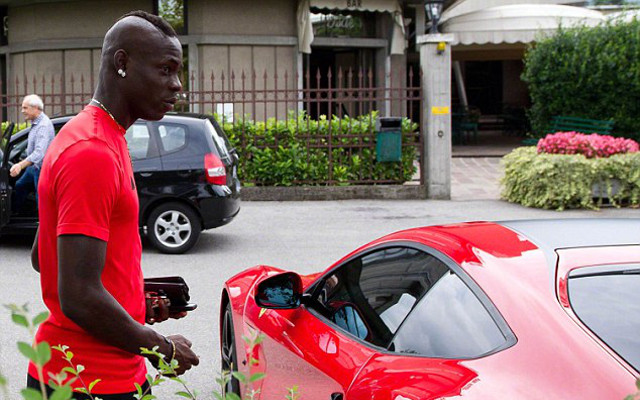 Young Liverpool fans who had gathered at Liverpool’s Melwood training ground got more than they bargained for earlier this week.

That’s because Reds striker Mario Balotelli decided to let them drive his £240,000 Ferrari around the car park.

A witness told the Daily Star: “There was a huge scramble of people wanting a go. Mario just sat in the passenger seat laughing his head off watching them try to get to grips with it. He had to give them a few tips when they struggled with the power of the car.

“Luckily there were no accidents, but Mario didn’t seem worried anyway.

“The guys loved getting behind the wheel, and hanging out with him.”