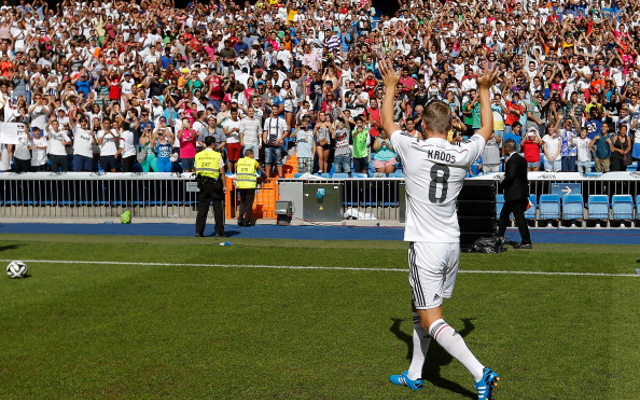 Real Madrid hugely in debt despite the sale of Angel di Maria this summer.

Real Madrid’s debts have continued to rise towards the £500 million mark, report the Mail, despite a summer which saw the Bernabeu club sell winger Angel di Maria to Manchester United for a British record transfer fee.

Despite the sale of di Maria to Old Trafford and other high profile departures including that of midfielder Xabi Alonso to Bayern Munich, the European champions also spent big on the likes of James Rodriguez from AS Monaco and Toni Kroos from Bayern, largely cancelling out their sales.

With the Bernabeu club now owning three of the four most expensive players in the world in Gareth Bale, Cristiano Ronaldo and James, however, it is clear that they have a policy of buying established superstars rather than keeping an eye on their bank account.

This has led the level of debt at the La Liga club to rise to an eye-watering figure £474m, a figure that gives them one of the highest levels of debt in world football, along with the likes of Chelsea from the Premier League.

One Spanish financial expert quoted by the Mail is particularly concerned about the situation developing at the Bernabeu:

“The financial situation of Madrid is very bad. The debt is fairly high. To grow, Madrid may change to being a limited company.”