The five big questions in the Premier League this weekend…

The future of Arsenal midfielder Mesut Ozil and under pressure Newcastle United manager Alan Pardew are among the five big questions of the Premier League weekend.

5) Will Frank Lampard feature against his former club? 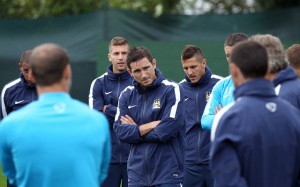 Frank Lampard was a legend at Chelsea, spending the greatest years of his career at Stamford Bridge and scoring a club-record 211 goals between 2001 and earlier this year from midfield. But his switch to Manchester City, albeit in a loan role from sister club New York City, has not gone down well in all parts of West London. The recently retired England international was a surprise started in the 2-2 draw with Arsenal last weekend, only to be hauled off at half-time. Interested observers will not be waiting and wondering whether the 36-year-old will get a chance against his former club.