Tackling isn’t what it used to be in the Premier League, but we still see our fair share of crunching tackles. Here are the ten dirties players in the league.

The Premier League plays host to some of the greatest players of all time, with some beautiful football on display. It can’t always be the beautiful game however, and there is plenty of tough tackling with no love lost between rivals.

Here are eight of the dirtiest players in the Premier League right now: 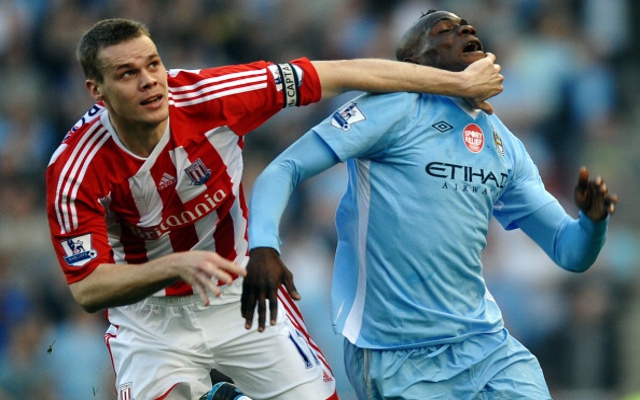 Stoke’s Ryan Shawcross is probably most well known for his leg breaking tackle on Arsenal’s Aaron Ramsey, but he is a notoriously dirty player in general.

He is rarely seen without his hands all over an opponent in the box, and he is certainly not shy of a bone crunching tackle.