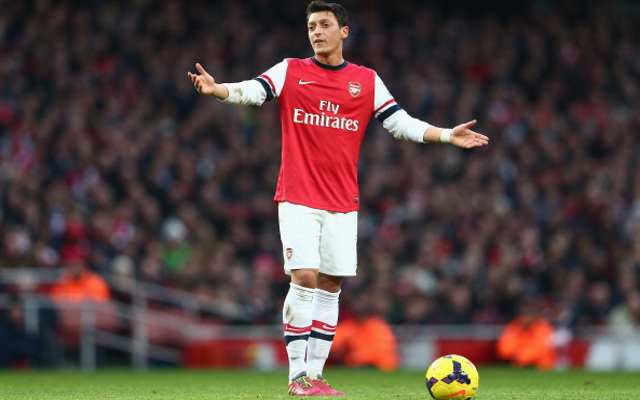 Arsenal midfielder Mesut Ozil scored his first goal of the season against Aston Villa this afternoon.

During the warm-up at Villa Park, the Germany international appeared to be unsettled by something, probably a fly.

After seeing Ozil swipe at the fly, a creative Gunners fan watching the game at home, armed with a spoon full of cereal and a camera, made this hilarious video.