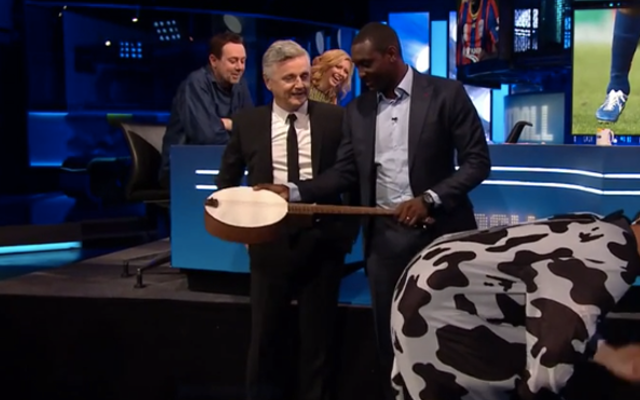 Big Emile mooooves on from harsh criticism with a bit of spanking therapy.

Emile Heskey was a highly rated striker during his time with England and Liverpool, but he was never a prolific goalscorer.

In fact, it was often said that he could not hit a cow’s arse with a banjo…

Well, he proved a few disbelievers wrong during a recent appearance of Des Kelly’s Follow The Football show on BT Sport.