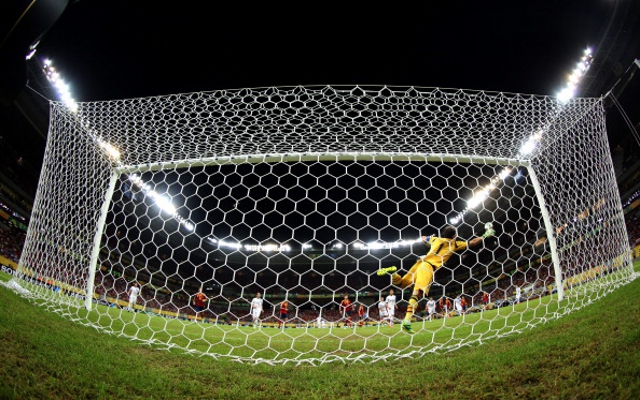 This young striker won’t soon forget this goal, his celebration going terribly wrong as he fell down a hole.

Coritiba striker Joel scored a brace in his side’s win over Sao Paulo, but his celebration went a little awry when he promptly fell down a hole after scoring.

The 20-year-old skilfully rounded the goalkeeper before slotting the ball into the net, running off towards the fans and leaping over the advertising boards.

Unfortunately for Joel there was a large hole on the other side which he failed to notice, the Cameroonian striker plummeting straight down.

The young forward looked a little dazed after being helped from the pit, but he surprisingly seemed relatively unscathed, and even went on to finish the match.