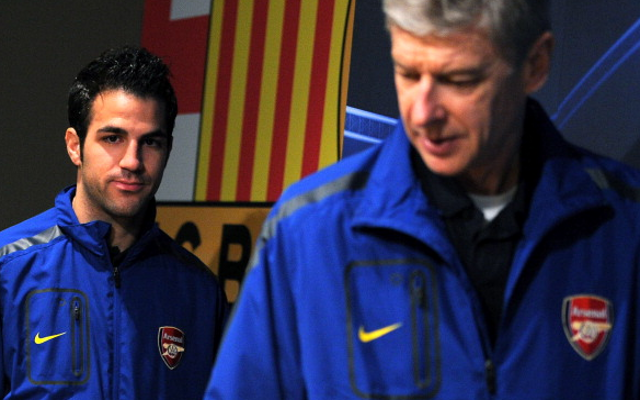 Spaniard reveals he hasn’t heard from Wenger since Blues move.Chelsea midfielder Cesc Fabregas has told the Sun that he has not heard from Arsenal manager Arsene Wenger since his move to Stamford Bridge this summer.

The Spanish international, who played for the Gunners between 2003 and 2011, made the surprise move to the Blues this summer after falling out of favour at his previous club Barcelona, whom he had been desperate to join in his final few years at the Emirates Stadium.

However, after his long association with Arsenal, Fabregas will have provoked anger among much of their fanbase for moving to their rivals Chelsea this season, though it has been reported that Wenger himself turned down the chance to bring the 27-year-old back to north London.

Fabregas has now hinted that he is hurt by this snub, and revealed that he has not spoken to his old manager at all since he joined Jose Mourinho’s squad, expressing regret that he has been unable to keep up this relationship with the Frenchman, who has been a big influence in his career so far.

Asked if he keeps contact with Wenger, he said: “No, he hasn’t spoken to me since I came back.

“And it was the kind of relationship I always would have liked to keep.

“But I’m sure once everything dies down a bit in the future we will talk. There is no problem. I’ll always be grateful to him whatever happens.”

Fabregas added that he understands if he has angered Arsenal fans by moving to Chelsea, but insists he had to think about his career first.

“But changing clubs is part of the game and people must remember it was Arsenal who didn’t take up the buy-back option for me.

“So what am I going to do — retire? No way! I have to look after myself. I had to make a decision.

“I wanted to keep playing football, enjoying myself and my career and I felt that joining Chelsea was the best option for me.”