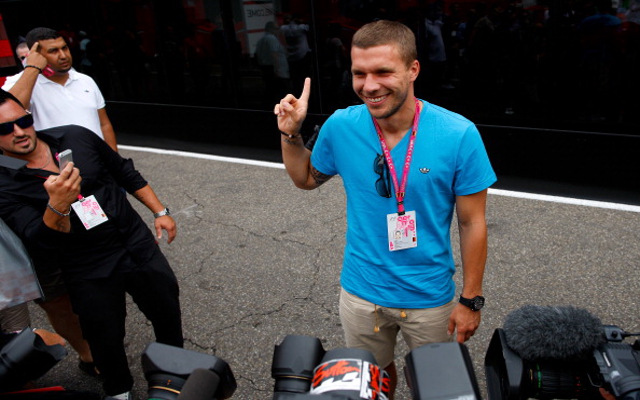 Arsenal striker Lukas Podolski decided to take in a trip home on his day off today, posting a picture to his Instagram account at the home of former club Cologne, who were taking on fierce local rivals Borussia Monchengladbach in a huge Bundesliga clash, with both sides having started the season extremely well.

A former favourite at Cologne, Podolski likes to go home as often as possible, having arguably enjoyed the best years of his career whilst with the club – but he was unable to inspire the current crop to victory as they played out a feisty 0-0 draw against Gladbach.