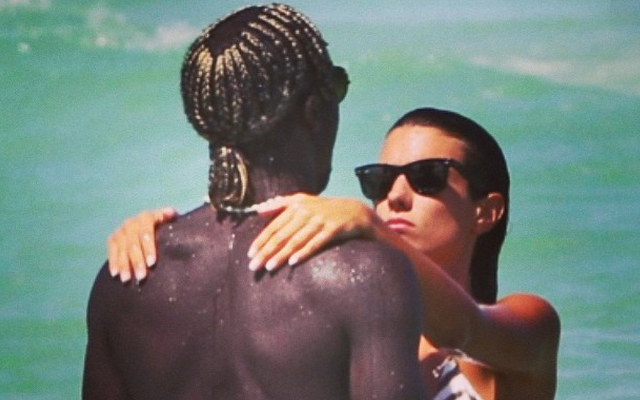 The biggest game of the Premier League season so far is currently in action at the Etihad Stadium, where title rivals Manchester City and Chelsea are doing battle.

City defender Bacary Sagna, who started the game on the bench, is well represented in the stands.

Sagna’s wife, Ludivine, and her family are at the match.

Ludivine uploaded the below image to Instagram shortly before kick-off.