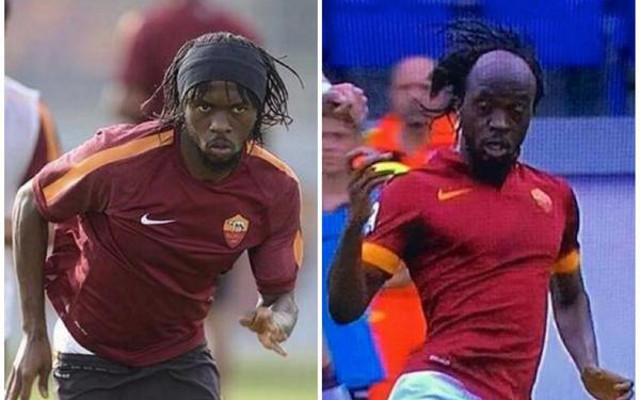 Former Arsenal winger Gervinho, who has been one of the best players in Serie A since joining Roma in August 2013, shocked the football world by removing his hairband on Sunday.

The Ivory Coast international is 27 years old, but he looked infinitely older once his partial baldness was on show.