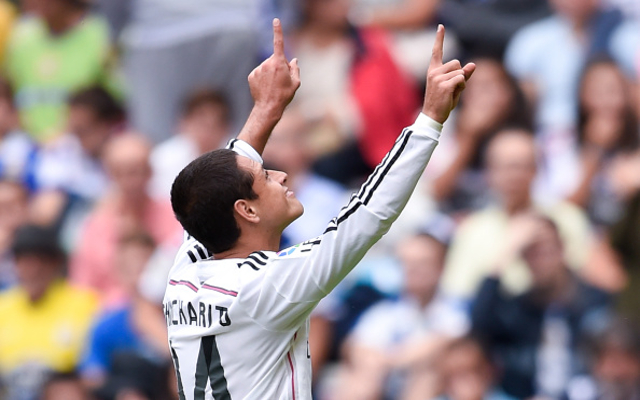 Man United reportedly already have a deal in place that would see striker Javier Hernandez’s temporary move to Real Madrid a permanent one according to El Confidencial.

The 26 year old Mexican, who netted twice during Real Madrid’s 8-2 demolition of Deportivo La Coruna on Saturday, could well be keen on moving to the Bernabeu in an outright deal and may feel confident of his ability to unseat Carlo Ancelotti’s first choice central striker Karim Benzema.

Chicharito found himself way down the Man United pecking order and the loan arrival of Radamel Falcao would’ve left the Guadalajara born ace behind the Colombian, Wayne Rooney and Robin Van Persie, whereas his path to regular football at Real Madrid is perhaps more straightforward.

Hernandez had little problem finding the back of the net at Man United, scoring 59 goals in 154 appearances of which 69 were from the bench.

Real Madrid have apparently agreed a deal that would see the Spanish giants pay €23m (£18m) for Hernandez should they be sufficiently impressed by his efforts this term.