Manchester United spent in excess of £150m this summer on six signings aimed at rebuilding their squad following the unsuccessful David Moyes era and returning them to Champions League football.

As can be expected, there have been some hits, and some misses so far. CaughtOffside evaluates those players progress so far: 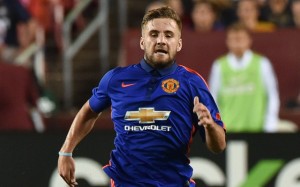 Shaw needed a fast start to his Old Trafford career, in order to justify the near £30m fee Manchester United forked out to land him from Southampton. Unfortunately, the most expensive teenager of all-time is still yet to play a competitive game in United colours. A pre-season injury left him on the sidelines, while rumours of a lack of fitness and late night partying have not helped his cause. After being an unused substitute in United’s last two league games, he must be close to match ready. United’s defensive horror show against Leicester will surely mean he gets his chance in the near future.