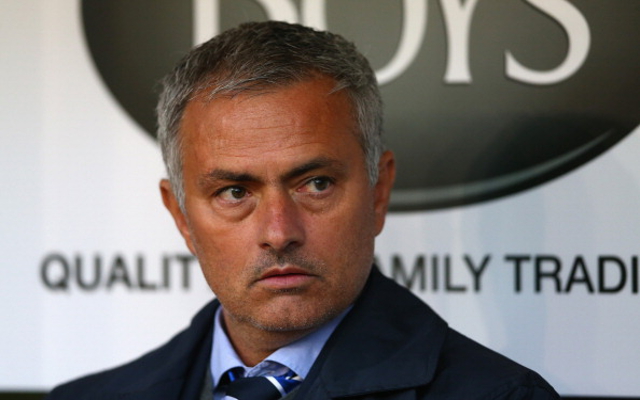 Former Chelsea midfielder Frank Lampard is among the candidates to replace Jose Mourinho as manager of the West London side, despite signing for the Blues’ Premier League rivals Manchester City this season.

Goal.com are reporting that Mourinho has dimissed suggestions that the former England international tarnished his legacy at Chelsea with the move, instead revealing that the 36-year-old has an open invitation to “do what he wants” when the time suits.

“I still believe that what this club proposed to him, which is to be back when he wants and to do what he wants – these were the words from Mr Abramovich – I think it’s not in any danger,” Mourinho told reporters.

“It’s just a period of his career. We thought he was going to play for New York. He decided to play for City. It was just an option, and he had that right to do that. His place in Chelsea’s history is untouchable. I think, in the future, nothing has been lost. He can be back one day, I think so. If he wants to be a manager, he could succeed me.”

Chelsea and Manchester City face each other on Sunday, with the Blues coming off the back of four consecutive Premier League wins. Lampard started City’s game against Arsenal last week, but played just 45 minutes before being hauled off.

With his team already five points ahead of the Premier League champions, Mourinho is confident that his Chelsea team will come out on top: “I think [Manchester City] are the same team as last season, no?” he said. “We improved. We improved our squad and our team. I’m not saying we have problems – we have big space to improve.

“I want to make everything better. Everything. I’m not happy with what we have. We must improve in everything. We are in the beginning of our second season. We are far from being the perfect team. Are we better than last season? We believe so. Do we have more potential than before? I believe so. But we still have lots of work to do.”