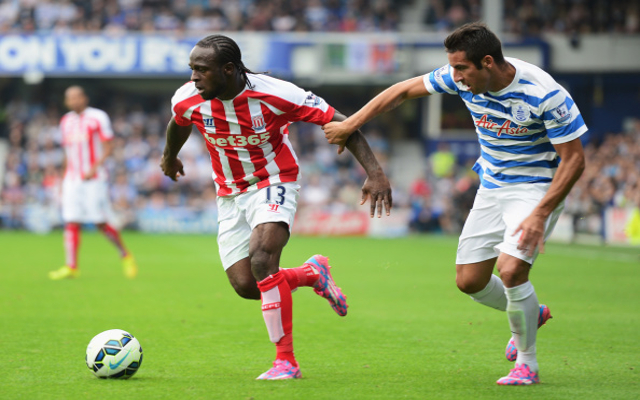 Former Manchester City manager is pleased with displays from on loan Chelsea star.

Mark Hughes is delighted with the performances of Chelsea loanee Victor Moses so far this season, praising the 23-year-old’s impact against QPR.

Moses was directly involved in both Stoke City goals in their 2-2 draw against Harry Redknapp’s QPR on Saturday, the Nigerian international looking a constant threat down the left wing.

Mame Biram Diouf and Peter Crouch applied the finishes to twice give Stoke the lead, but they were pegged back by Steven Caulker and a late free kick by Niko Kranjcar and had to settle for a point.

Moses has struggled to stamp his mark on the club since joining Chelsea in 2012, and having been shipped out on loan to Liverpool where he again failed to make an impact, the step down to Stoke looks to be a good fit for him this time around.

“He has been excellent in every game he’s played. He’s given us that pace that we lacked last year, which is a marked difference in how we play away from home now,” said Hughes.

“He’s had two years where he hasn’t played a great deal of football, which isn’t anything to do with his ability. He’s always been very talented and we are delighted with what he’s produced.”

The former Wigan man may never be good enough for Chelsea, but he is far too talented to be sat on the bench, and should be looking for regular football to prove his worth.